Today, by virtue of newly developed In Vitro Fertilization (IVF) methods, the pregnancy rates obtained in patients are gradually increasing.  Thanks to the microchip IVF application, men who have low sperm counts are hoping to have children. This new method which was developed in America has begun to be implemented in our center. This method has resulted in significant increases in pregnancy rates in male infertility problems. Thanks to Micro Fluid Chip technology wherein strong sperms can be selected with the least DNA damage and embryos where pregnancy is likely are used in laboratories. This technology has been widely used by centers that have followed successful and up-to-date medical innovations, not yet in use at all IVF centers. This method will make a significant contribution to overcoming male infertility.

How Is Micro Chip How In Vitro Fertilization Treatment Performed? 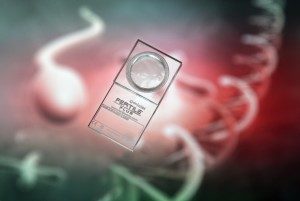 In normal ways, that is, in gestations obtained by sexual intercourse, the sperm cells come out on a very long journey and cross the various obstacles and meet with the egg cell and the fertilization takes place. In this way, microchips have been developed that mimic these natural semen barriers that are present in the mother. In this respect, it is aimed to select the best sperm to be combined with the egg during the IVF treatment. Thanks to the micro channels created in this method where the sperms are filtered as they are in the natural environment and the healthy sperm which has the best fertilization ability is selected. Therefore, pregnancy rates are increased by obtaining embryos at the best quality. Microchip technology, which is used in other fields of medicine, is a very important development in IVF treatment.

We as Dogus IVF Clinic proudly to share with you m

As Dogus IVF Clinic we are trying our best to make

Do not delay your dreams!Its the best period to